DevSecOps, or secure devops, is the mindset in software development that everyone is responsible for app security. By integrating developers with IT operations and focusing everyone on making better security decisions, development teams hope to deliver safer software with greater speed and efficiency.

Talk to our experts about DevSecOps

The DevOps era has been revolutionary. Enterprises can easily spin up virtual machines and deploy their workloads seamlessly. But there is a part that organizations often miss out on- security. It is imperative to include security as early as possible in the delivery pipeline. This is where the need for DevSecOps arises.

DevSecOps, or 'Security as Code,' is the concept of implementing security practices in the DevOps process. The goal of using DevSecOps services is to patch holes between IT and security while ensuring safe and quick delivery of code.

Early Detection: With the SAST and DAST tools to be integrated into the Continuous Delivery processes, it is possible to fix the weaknesses at an early stage and at low cost.

Isolation: Teams can create closed circuit automation processes for testing and reporting. In turn, it is possible to solve security problems immediately, without reflecting outside.

Let Our DevSecOps Consultants Help You

Businesses and development teams are rushing to embrace DevOps so they can be more agile and deploy code more quickly, but this shift can disrupt internal processes as well as organizational culture. With the right planning, you can help your company go from DevOps to DevSecOps, enabling security teams to exert influence and improve the security of applications within current CI/CD pipelines.

DevSecOps as a Service

Implementation and support of platform-led integrated practices and digitization of Dev to Ops value streams, from cloud to large-scale hybrid enterprise IT delivery.

Resilience and reliability for cloud native product stack, from applications to infrastructure - achieve service reliability with a mature SRE framework.

Teams can create closed circuit automation processes for testing and reporting. In turn, it is possible to solve security problems immediately, without reflecting outside. 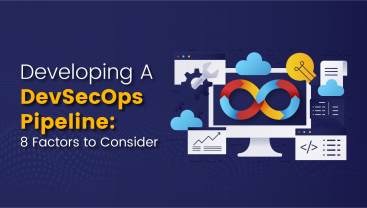 By:
Chaitali Dhote, Carmen Vitucci
May 12, 2022
Developing A DevSecOps Pipeline: 8 Factors to Consider
Security is a huge challenge that impacts everyone in the digital world...
READ MORE 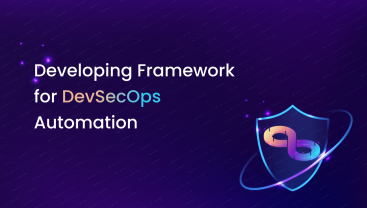 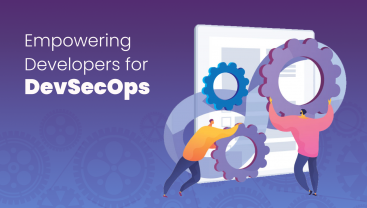 By:
A. Roy, Rupesh Badam
June 21, 2021
Empowering Developers for DevSecOps

As per a report, almost 90% of software projects will be following DevSecOps ideologies by 2022.

Development teams are embracing agile and iterative development and deployment models such as DevOps to support extremely rapid release cycles and meet the demands of digital and business transformation.

What are the key principles of DevSecOps?

It is founded on several key principles, including:

It may take many weeks or months for an organization to build a successful culture around DevSecOps. Fortunately, with the right people, processes and technologies, an organization can empower its software developers and security teams to take a ground-up approach to building a successful DevSecOps-centric culture.

Why Is DevSecOps Necessary?

Also, today's hackers use advanced exploits to launch cyber attacks that can cripple an organization and put its employees and customers in danger. If software developers cannot identify cyber exploits, they risk releasing products that contain malware, viruses and other security flaws.

With a DevSecOps approach, software developers and security teams work together to quickly identify and resolve security vulnerabilities before they can affect an organization's key stakeholders. This helps an organization consistently deliver fast, agile and secure software iterations.

It’s common for buzzwords to have anti-patterns, and DevSecOps is no exception. Let’s discuss some common misconceptions.

Myth 1: We Need “Super Developers” for DevSecOps!
Not really. If you think you need to recruit certain people with magical coding skills for DevSecOps, then you’re mistaken. Unless you can’t train your existing people effectively or your developers aren’t interested in making the DevSecOps shift, you don’t have to put on your hiring cap just yet. DevSecOps aims to break down silos. Your development team, which is comprised of people with different skill sets, will receive training on DevSecOps processes and methodologies that should hold well throughout your delivery pipeline. So you’ll be bringing together existing teams—not hiring a new separate team.

Myth 2: DevSecOps Can Replace Agile
It can’t. DevSecOps complements agile, but it’s not a substitute for it. They must co-exist in order for organizations to maximize their business benefits. Agile fosters collaboration and constant feedback. But unlike DevSecOps, it doesn’t cover software delivery through testing, QA, and production. DevSecOps completes the picture by providing methodologies and tools to facilitate agile adjustments.

Myth 3: You Can Buy DevSecOps
Not exactly. You can only buy tools to use for the process, such as release management and CI/CD tools. You can’t buy the entire DevSecOps process because it’s a philosophy or a methodology. What really makes a difference to your business—the collaboration between teams and the focus on team responsibility and ownership—are things you can’t go out and buy.

Talk to a DevSecOps Expert Today!

Qentelli is one the leading companies to provide DevSecOps as A Service to achieve your security goals and deliver the vulnerability-free software to your customers.