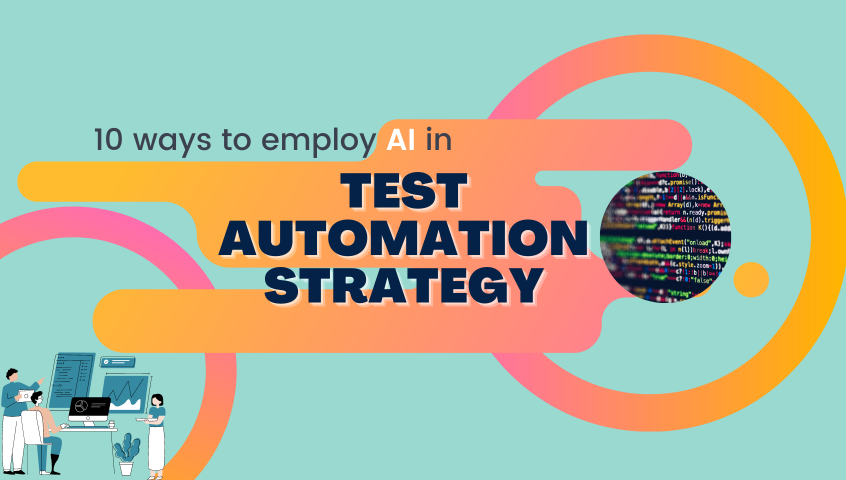 The application of AI in Test Automation seems to be the most efficient way towards Continuous Testing in agile teams. Remember the early days of Test Automation when the QA teams used to loosen up in the first 1-2 weeks of the release cycle and then frenetically rush towards the end of the cycle? It’s categorically one of the concealed side effects of juvenile agile teams. The disgruntled QA leads started scribbling test scripts in Ruby with Selenium, Appium, or Jenkins and applied traffic light signals to indicate test result status. That can be considered as the elementary entrance of agile Test Automation. Years later, even with all the open-source tools that offer AI in Test Automation, QA engineers are still sweating to keep the TA suite up to date before each release cycle because the cycles are getting smaller, and the changes are getting faster. But at Qentelli, we discovered that employing the advancements of Machine Learning and AI in Test Automation can lead to dramatic improvements in the QA strategies. Before we discuss further about the potential use cases of AI in Test Automation, let us first brush up on the basics to ensure the best interests are kept intact. 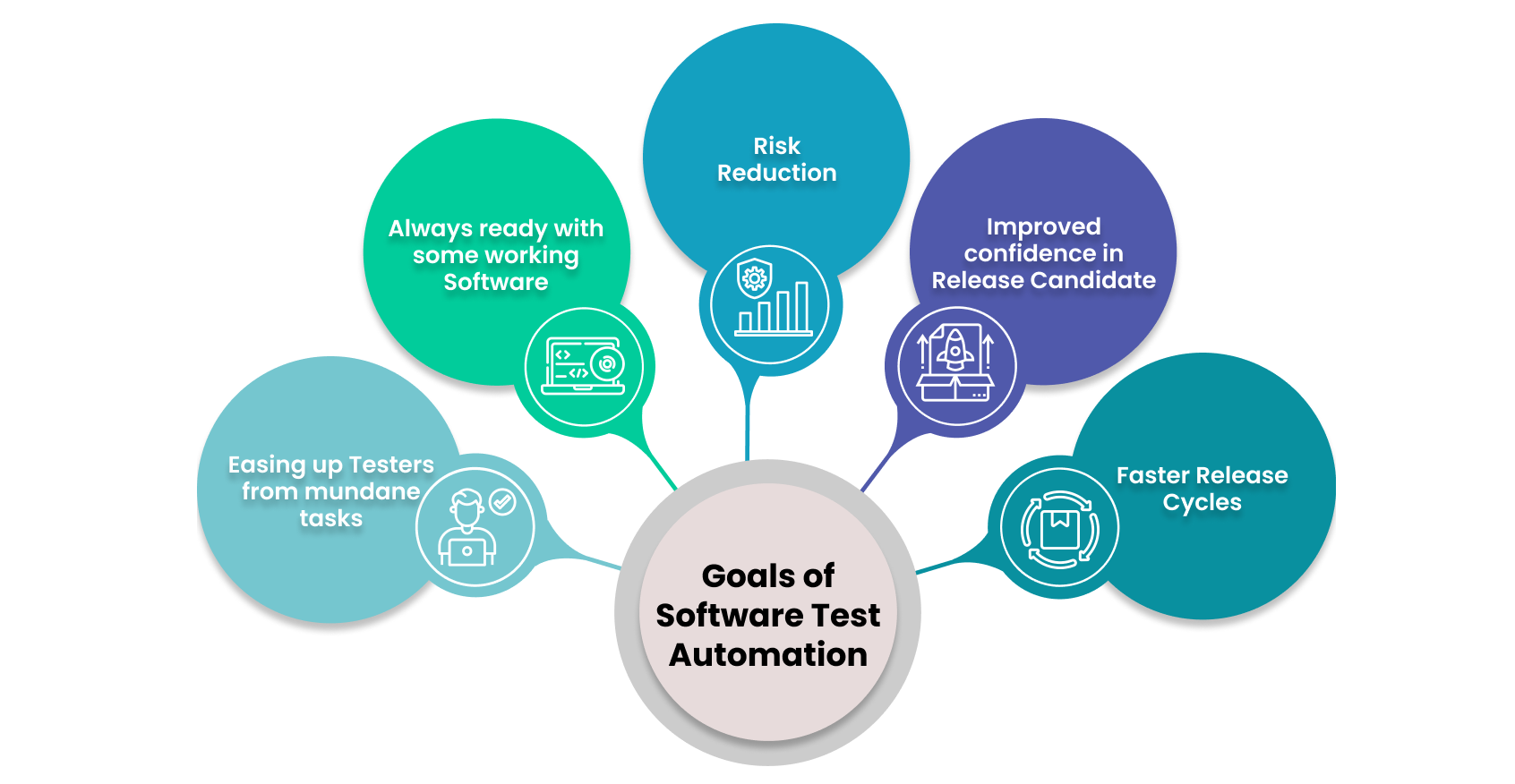 QA leaders are always on the lookout for tools, technologies, and methodologies that can amplify their journey to meet these goals. As the AI algorithms are making the lives of I&O leaders much easier lately, the Quality Assurance teams started recognizing the increasing number of use cases of AI in Test Automation space.
From UI Testing to API Testing, from front-end to back-end, AI in Test Automation is transforming the Quality Assurance practices for good. Many QA professionals are exploiting the open-source opportunities to measure the lengths of the possibilities and create tailor-made strategies for each project. Now let’s see how employing AI in Test Automation aligns with the above goals of Test Automation in general. 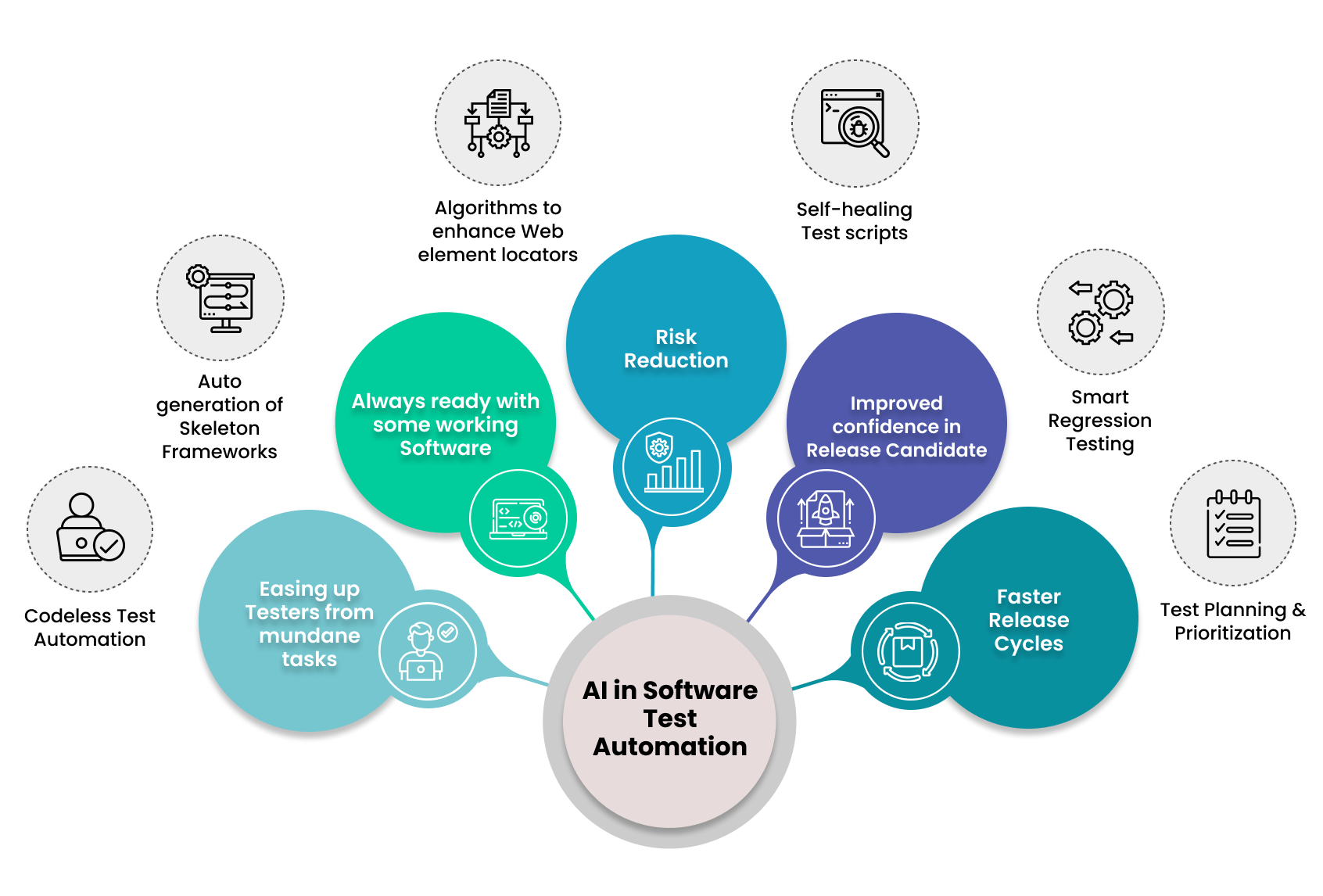 When Qentelli was partnered with an international power network platform at the capacity of a technology partner, initially the project was just about building an automation suite to redefine their testing road map. But after a deep analysis of the status-quo, we tailored a solution that employs AI in Test Automation strategy which then transformed their testing efforts by introducing end-to-end automation and quality intelligence. As a result, the client witnessed a hundred percent improvement in their test coverage, over 90% of testing efforts are automated, and 45% of manual efforts were reduced within the first couple of months.

The use cases of AI in Test Automation strategy are only as limited as the innovation capabilities of a QA team.

In its 2021’s Market guide for AI-augmented software testing tools, Gartner presented a graph of the Evolution of Testing. 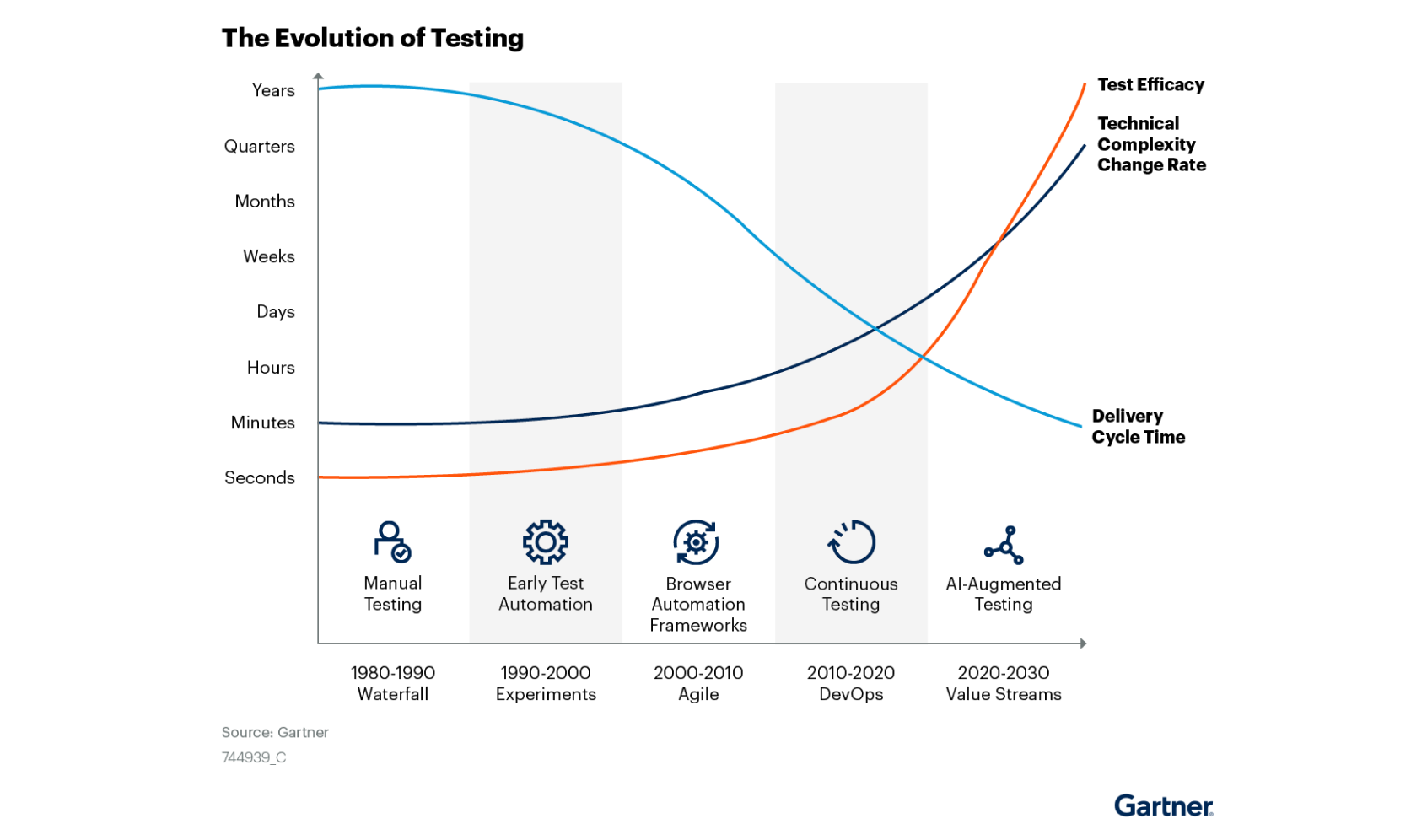 According to this diagram, we have already entered the decade of Augmented Testing which emphasizes Value streams via enhanced Test Efficiency and Technical Complexity Change Rate while dramatically reducing the Delivery Cycle Time.

1. Automating Visual Testing
Testing the visual appearance of a web page or what we call the User Interface with its baseline image expectation was probably one of the most fundamental use cases of AI in Test Automation every team explored at first. The recent advancements of AL/ML scan the webpage as a human eye would. These tools not only test the UI in different browser configurations and identify the mismatches, but also categorize the findings.

2. Robust Web Element Locators
Rapid web development frameworks that can generate dynamic and content-rich web pages in no time may look like a blessing to the developers, but the Test Automation engineers beg to differ. In automated Regression suites, most of the tests fail when desired elements aren’t located properly. Defining an efficient web element locator is a key contributor to a stable test script. Too many dynamic IDs and HTML DOM properties make the TA engineer’s job tougher. But AI is increasing hope day by day. Combining various AI frameworks can create a weighted set of locators when the model is trained with a large set of data from various websites which works way better than relying on a single web element locator.

3. Self-healing Test Scripts
It is one of the use cases of AI in Test Automation that fuels the agility of QA practices. Each minor UI change requires revamping of multiple Test Automation scripts. Whenever a test case fails due to an update, AI frameworks have the capability to update the script since they can better differentiate between a ‘change’ and a ‘bug’. Self-healing can be achieved by combining various frameworks to do the following:

4. Exploratory Testing
Until recently, we all categorized Exploratory Testing as a non-automatable action. But practitioners have started training their Testing bots with self-learning capabilities to observe the QA engineer exploring a web application manually and noticing defects. The bots have proven to slowly learn from their observations, crawl through the application and find unusual patterns in future runs. By nature, Exploratory Testing requires human intelligence but looks like AI can accelerate the process.

5. Automating the clockwork
To achieve consistency and avoid false positives, testers often need to perform the same task numerous times. No matter how effective the Test frameworks are, some of these activities are inevitable. Infusing AI in Test Automation can relieve the Testing engineering from these mundane tasks and lets them invest time and effort in more innovative tasks. Some of the tasks that can be automated are - writing page classes, creating data models, deriving test scripts from architecture documents or mockups, etc.

6. AI for better coverage in API Testing
Generally, API Testing involves considering multitudes of scenarios and having good test coverage and quality is very crucial here. AI-based API Testing tools solve this problem by examining API workloads in both production and test environments, identifying the patterns and connections between the REST calls, and grouping them by scenario. While the AI algorithm examines millions of API calls, the QA engineer just has to review and approve the smartly generated tests. API Test Automation through AI is not easy to set up but it is totally worth the time as they simplify the change management dramatically.

7. Performance Testing
Performance Testing starts with UI Testing goes all the way covering the response time, memory and processor utilization, and load testing. AI’s pattern recognition and program simulation capabilities come in handy in tailoring a personalized Performance Testing model for each program/web application. The role of AI in Test Automation strategy covers various tiers of software development to identify the bottlenecks and predict possible breakdowns at the code level.

8. Automated Test Management and Maintenance
The common problem of the CI-CD era is the changes in the main code can break the Test cycle sometimes and the QA personnel will have to re-run the entire test suite. The continuous everything practices yield a ton of data which is a great source of learning for the teams and the newly trained test bots. There are AI frameworks to store the data, monitor existing tests, identify patterns, and create QA intelligence out of it.

9. AI-based Test Data generation
Data plays a pivotal role in AI/ML practices. Various Data extraction practices can obtain text and data values from web sources for analysis and insight creation. Mechanisms such as OCR (Optical character recognition) to retrieve analog text from the images. Innovations need myriads of data that may or may not be available for testing. In that case, AI can create synthetic data combinations using the given parameters in the test scenarios and their possible values.

10. Spidering/Web Crawling
It is probably one of the most practiced use cases of AI in Test Automation strategy. This approach of getting a test bot to systematically browse through a web page or application using links and forms help QA teams in indexing, reverse engineering, automated test case generation, and more.

As we have already mentioned, there are various players in the market offering open-source tools as well as exclusive Artificial Intelligence solutions for IT I&O functions. QA community can leverage AI as its results are promising and it is challenging the boundaries of ‘what is testable?’

Employing various use cases of AI in Test Automation strategy can be a great help for QA professionals to handle data, create complex simulations for predictability, and analyze the multi-tier intricate applications. As we are advocating for the concepts like Shift Left and CI-CD, Test Automation is certainly a very crucial practice for software development and AI/ML capabilities would equip the teams with the potential to experiment and innovate better.

Qentelli is often recognized and applauded for its orchestrated Quality Engineering services and Digital Innovation initiatives that transformed various global corporate giants. We take pride in our centers of excellence (CoE) for various SDLC practices and a dedicated Innovation team who are relentlessly working to find solutions for today’s and tomorrow’s digital business challenges. We are also actively partnering with progressive digital platforms that are doing some exceptional work in the field of Artificial Intelligence and Machine Learning.

Wondering how to make the most of AI/ML to improve the quality of your web application? Drop us an email! info@qentelli.com