Talk to our experts about Scalable Test Automation 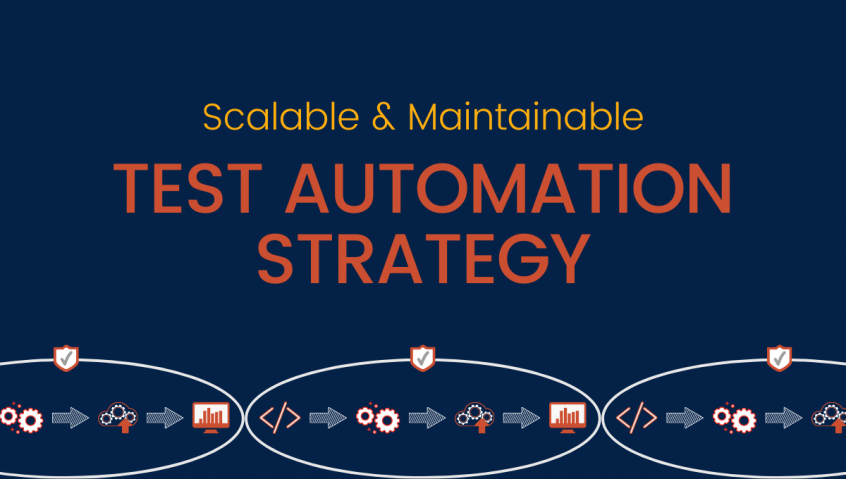 There is an increased demand for Test Automation strategy because software teams across the globe are encouraged to fail fast, learn fast and deliver faster. Unlike the waterfall methods, software development process today starts with writing test cases for the requirements. Test Automation became an indispensable asset to fuel Continuous Integration gears. Let’s list down questions we need to ask ourselves to know if we have a good Test Automation strategy.

Quality Engineering became the core of Digital Transformation. Test Automation improves efficiency, speed, and coverage of software testing but, when an application is scaling, the testing approaches should scale too!

Is it as simple as it sounds? Definitely not. Identifying, designing, planning, and executing tens of test cases monthly is very different from dealing with thousands of them weekly. Automating repetitive functional and non-functional test cases would seem to save time and efforts but it can go wrong in more than one way as the project grows bigger. First things first! When is it called scalable Test Automation strategy?

But these benefits are not granted for every team that has a Test Automation strategy in place. Here are the reasons why Test Automation Frameworks sometimes do not yield desired results.

As low-code and no-code automation tools are still in emerging state, most of the automation framework executions are code-based. In the age of CI-CD, developers are producing new code continuously and matching their pace to change the testing framework and still ensure a solid foundation could be difficult. All the while, the instant short-term fixes testers tend to do on the frameworks would mess with the efficiency of test cases entirely in a long run. 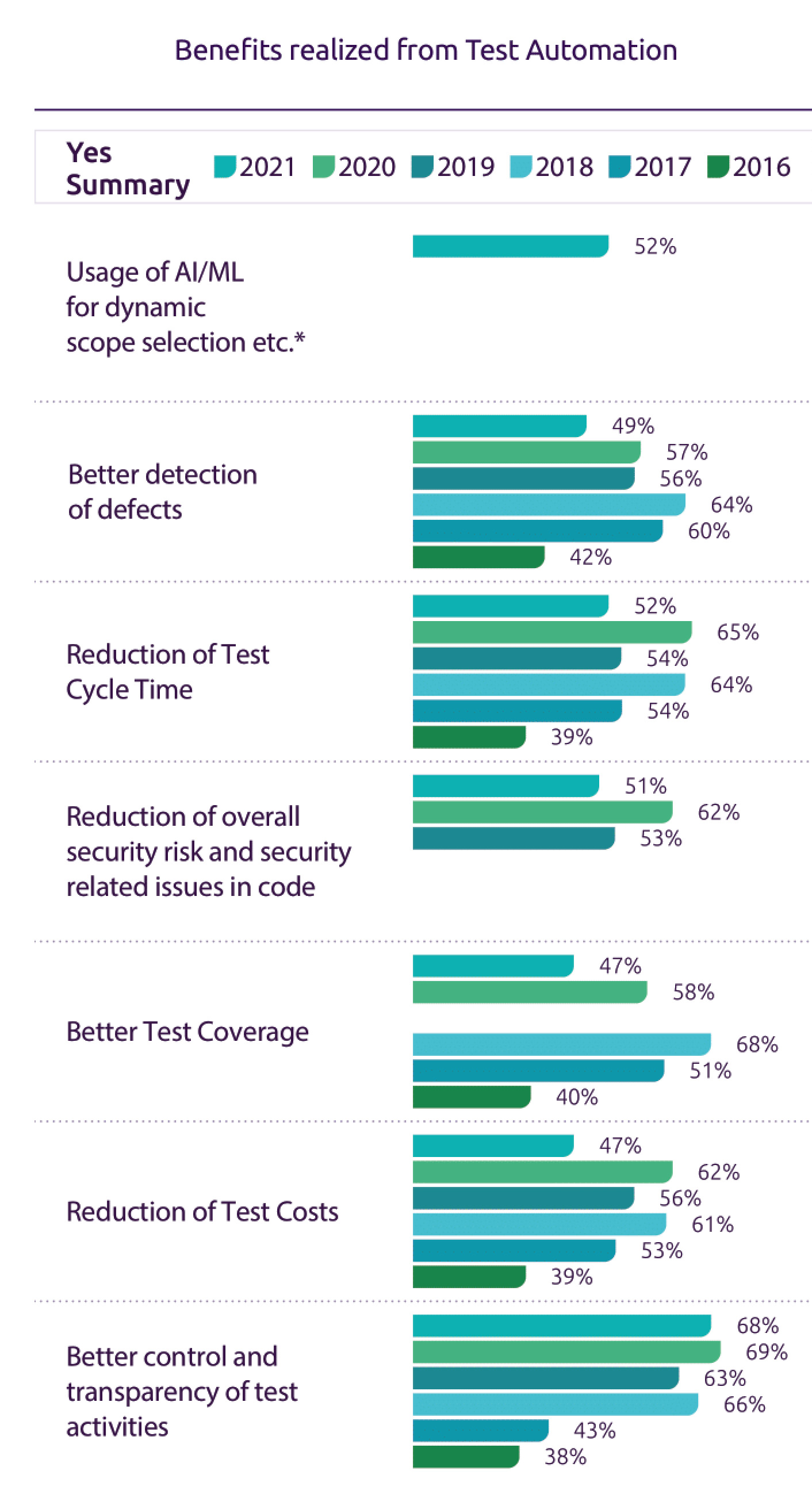 When automation frameworks require development and maintenance, you’d need programmers who specialize in automation which are hard to find and when you do, they are costly. So, it is either a costly addition of programmers or a hopeful reliance on technical testers that they’ll pull it off over time.

Writing test automation frameworks require in-and-out knowledge about the application in making. Otherwise, missing a tiniest detail like the programming language used to build it can create interruptions in third-party controls and supporting browsers, which will eventually influence the test results. The two common mistakes organizations do while implementing test automation are – keeping it a person-centric and failing to give necessary KT to testing team.

Not everything we test can be automated. Jump starting into automating test cases without outlining the scope of automation will give you unwanted surprises down the road. It is practically waste of time to try and automate test cases that are unique or be used once/twice. Whether you build it or source it, automation frameworks are often intended to support just specific part(s) of the project.

The same framework can’t be used for every application your organization is building, which often leads to a question ‘Is it worth spending time, money and resources on?’.

Qentelli has demonstrated and verifiable history of automating the testing efforts of organizations whose applications has multifold of features and modules.

Condensing what we’ve learnt over years, these are some of the best practices that lets a test automation strategy scale directly proportionate to the application’s size and complexity.

There are way too many software bots and tools to dazzle your automation dreams but organizational buy-in is the most important step for transformation engagement. Define business objectives, technological possibilities and your ideal scalable automation strategy lies in the intersection of both. A solid executive sponsor support can help any business initiative reach its potential and safeguard its continuance as it grows.

Never be too confident to ignore sketching down a clear automation roadmap. There are many tools, APIs, and methodologies to automate your test cases, but nothing can save you from failure if you don’t know what to automate, how to automate and what not to automate. Have a clear picture of the application in making, list of functionalities, features, expected behaviors, supported browsers, environments, and threats.

Do you know how the application is going to be evolved in the next 2 years?

Do you know if there is going to be any changes in the application’s tech stack in the next 1 year?

What technologies your organization is going to adopt in the next 2 years?

Approach your testing suite with automation mindset. Transferring automation test cases 1:1 manner isn’t very scalable. Instead consider a way to create more atomic flows. Always remember to isolate your automation flows, independent with each other. In critical cases, it saves the day when regular troubleshooting fails. It’s not to discourage you from creating end-to-end tests that covers the whole process, but the isolated ones are easier to track and diagnose where the problem is when something doesn’t seem right.

Implementation of a scalable test automation model involves larger number of people than you’d expect. The stakeholders and dependencies go beyond a small team of RPA professionals and testers. As you plan to scale the automation model, building a center of excellence is beneficial in order to design (and redesign), deploy, scale, and transform it throughout the software development cycle. An ideal TA center of excellence consists of:

A subject matter expertise to define and rescue

An IT team that takes bots into production

An Executive Sponsor that measures ROI

Justify the investments with ROI aka Value creation

‘What are we spending? And What are we saving?’ are the two most common questions to hear after every new org-wide technology implementation proposal. But remember something.

RPA works best when you use it to improve value and not only to reducing costs.

The adoption of robots in each organization is unique and they go through a painfully slow and expensive process before they do their magic. So, focusing on identifying areas that can improve the value creation should happen sooner. As cliched as it may sound, the ‘Value’ need not be monetized always. Here are some of the elements that can be benefitted with automation.

Another common mistake by organizations is having a test automation strategy but not involving IT and Ops teams from earlier stages of SDLC. The decision of introducing automation, testing its efficiency, and pitching it to business users can happen behind curtains but when it’s time to scale, the sooner you involve your IT the better. Ensure that your IT can monitor Test Automation framework deployments, provide high-availability, disaster-recovery support, and integrate with the rest of the environment.

Although it is almost the bottom of the list, it is most certainly one of the crucial steps to follow in order to draft maintainable and scalable test automation strategy. Don’t be in a hurry to select your testing companion but consider these three elements before taking a decision.

Level of code – is it No code? Low code? Or Code-based?

CI-CD Pipeline Integration – Does it go along well with the investments you’ve already made?

Reusability – Does the tool encourage you to reuse the flows, name them with ease and lets you overview the whole testing environment?

For over two decades, many software testing tool vendors are offering their services to aid enterprises to release quality software that supports their business. But today, it is high time to realize that:

To summarize everything above,

Open-source Test Automation tools are ruling the market but there are pros and cons for both. Scalability and maintainability are not things that you can ‘figure out later’. So, ensure there is a scalable Test Automation strategy and remember everything we discussed above before you sign up for a tool.

Wondering how can you draft a result-oriented and cost-effective Test Automation strategy that is easy to scale and maintain? Let’s have a quick chat.