Talk to our experts about DevOps Pipeline

DevOps Pipeline: How to Build It with Azure DevOps 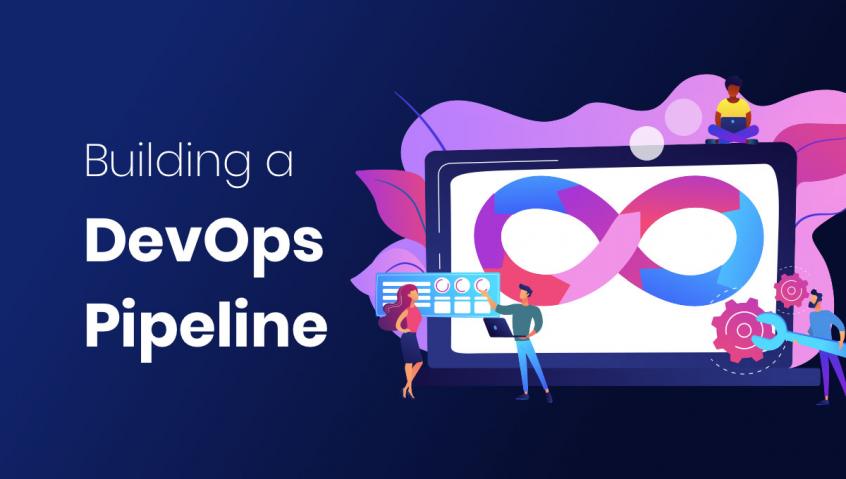 DevOps needs no introduction. It will not be an exaggeration if DevOps would be titled one of the most disruptive software delivery practices. It drives the cultural change in how individuals react and work together towards a common goal. It also bridges the gap between Business and IT through Automation and promotes Continuous Delivery. At Qentelli, we see DevOps as a holistic framework enabling Continuous Delivery of Value for businesses looking to expedite digital transformation. We believe that that the best way to start this journey is by building a good DevOps Pipeline. In this article we understand what a DevOps Pipeline is and how to build one using Azure.

A DevOps pipeline is a set of tools and automated processes utilized by the software engineering team to compile, build, and deploy code. Building an effective DevOps pipeline enables companies to rapidly develop, test, and deploy new code on an ongoing basis.

DevOps enables continuous delivery of features adding value to a working product. Continuous Delivery held this line of thought and teams achieve this functionally using a Deployment Pipeline. A DevOps Pipeline is a set of automated processes where all users (Business, Dev, and Ops) work together to continuously develop and deploy their code to production.

Imagine a continuously rotating mechanical belt from the start of the software development till the end. As this belt keeps on moving, different developers working on different requirements push their codes on to the belt. These code pieces get assembled as they move further. Various tools take care of build compilation, testing, and security integrations. Continuous is an other differentiated characteristic of a DevOps pipeline. Once every code piece is assembled, tested, approved, and merged, they are shipped as the final product. As this continuous belt is running from start to end, there is also a reverse belt or continuous feedback loop attached to it. This belt takes any defect or bugs back to its origin point for resolution and once resolved it is back on the main belt. This helps in building a continuous pipeline of defect-free products aka Continuous Delivery of Value.

Phases of a DevOps Pipeline

Since there isn’t one standard DevOps pipeline, an organization’s design and implementation of a DevOps pipeline depends on its technology stack, a DevOps engineer’s level of experience, budget, and more. A more common framework is a eight phased DevOps Pipeline -

With this framework, we aim to provide guidelines on building a basic DevOps pipeline. Our DevOps consultants tailor this framework for global clientele with varied team sizes and industries.

1. Plan – The planning phase includes incremental planning for the next set of iterations or sprints or releases. Scrum and XP are two popular Agile methodologies with a focus on planning and adaptation based on real-time feedback. Deciding on either of these approaches depends on individuals, organizational structure, and teams’ release cadence. With regular stand-ups, backlogs, and visualization metrics such as burnup / burndown charts, they provide end-to-end visibility for teams.

Both these approaches have groundswell and help in planning and delivering in micro-increments without compromising on quality. They can cut meantime to roadmap planning and adaptation from weeks and months to days and hours. Project Management and Tracking tools help in managing progress, tickets, issues, feedbacks, and milestones etc.

2. Code – The next phase is Coding where Developers pick the user stories that they will be working on in the current Sprint / Iteration. With uniformity in toolchains, maintaining a consistent set of tools and frameworks, makes it easy for developers to develop consistent code-styling with no or minimal code smell issues and code anti-patterns.

3. Build – The Build phase includes committing code into a code repository. Developers create a pull request to commit their piece of code. As a pull-request is submitted – peer-review is done and after approval, the code moves to the next phase of automated build testing. The peer-review consumes less time and helps in identifying issues early thereby saving cost and effort.

Once the pull request is approved, a series of automated tests like unit tests kick in. If the build fails, a notification is sent to the developer to investigate the issue. This is to ensure that the developer whose code broke the build can fix it immediately before other developers check their code.

Simultaneously, some of the functional and non-functional areas that are prone-to-human error will go through automated testing - such as security scans, infra and compliance, performance, load testing, etc. These tests act as a testbed to ensure everything is running as required. The maturity and level of test automation practices determine the release readiness of the application.

5. Release – The release phase is considered as a climax in the DevOps pipeline. By this phase, every code has passed automated and security check-gates and is ready for deployment.

Release management teams and tools are responsible for:

6. Deploy – At this stage, the build is ready to be pushed into production. The production environment can be configured using Infrastructure-as-Code. Organizations can implement processes and policies as per their deployment strategies like blue-green deployment, canary deployment, and others.

As quality and continuous improvement is gaining importance, it is ideal to integrate testing into the deployment phase as well. This allows real-time feedback from customers and faster resolution of issues. If something is broken while in production, a rollback strategy gives the ability for the team to run the last stable build to ensure continuity for their customers while quickly fixing the issues in the latest build.

7. Operate – Once the application has been deployed into the production environment, the Operations team continuously monitors the infrastructure and application performance. Infra and Ops team maintains the optimal scaling of the environment depending on the peaks and troughs.

As the array of infrastructure management services are increasing, the operations team is continuously tasked to ensure maximum uptime and to take care of Security, Pipeline Management, Cloud Resources, Virtualization, and Kubernetes / Docker orchestration.

8. Monitor – Although we have mentioned Monitoring as the last phase of the DevOps pipeline, Monitoring is embedded across all the phases. Due to the enormous amount of data that gets generated across the entire SDLC, it is often possible for the teams to overlook few aspects.

Azure Pipelines automates entire build, testing, and deployment stages to create reliable and consistent pipeline workflows. With support for Microsoft hosted Linux, macOS, and Windows, it is super-easy for teams to manage hardware and VMs.

Azure DevTest Labs feature from Azure DevOps eases the process of infrastructure provisioning. Developers can create the desired environment directly from Continuous Integrations tools using Azure plug-ins or REST API. This simplifies cost management by setting up virtual machines and empowering developers to shut down and start them based on the requirements.

Azure Monitor provides comprehensive insights from Azure and on-premises environments. This helps in storing and managing data from various stages of the DevOps pipeline and apply advanced analytics engine for faster resolution of issues. With visibility across pipelines, it helps in maximizing the performance and availability of all applications.

DevOps Pipeline is your strategic asset

Building the DevOps pipeline does not have to become a slave to rigid, guidelines-based documentation. It should give the opportunity and power to create a higher standard of continuous delivery practices. As the industry moves towards a DevOps future with AI-ML-driven advanced pipelines, they can use DevOps pipelines as a strategic asset. Have a DevOps project in Mind? Let our DevOps solutions team connect with you – info@qentelli.com