Get Expert Advice on DevSecOps

Getting Started with DevSecOps

If you ask CIOs or even CEOs what keeps them up at night, chances are that most of them will respond with ‘Security Breaches”.

IT Security has become a game of continuous one-upmanship on both sides of the fence – attackers are finding new ways to get into systems, while defenders are innovating to stop them before they do.

How can developers and testers help to improve the security posture to at least some extent? The answer is “baking” security into the application development process.

Web applications have a much lower risk profile with improved firewalls and access controls being deployed, but they continue to be a large attack vector – large enough to dedicate time and money to reduce risk. 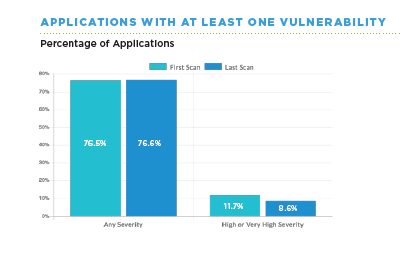 An alarming fact published by Veracode is that about 75% of all applications have some security vulnerability that could be exploited!Source: State of Software security – A Developer’s Guide 2017 by CA Veracode

Kaspersky Labs found that 90% of Enterprises had a security breach in a quarter, with the potential financial impact on an average of $550KSource: Damage Control: The Cost of Security Breaches by Kaspersky Labs 2018 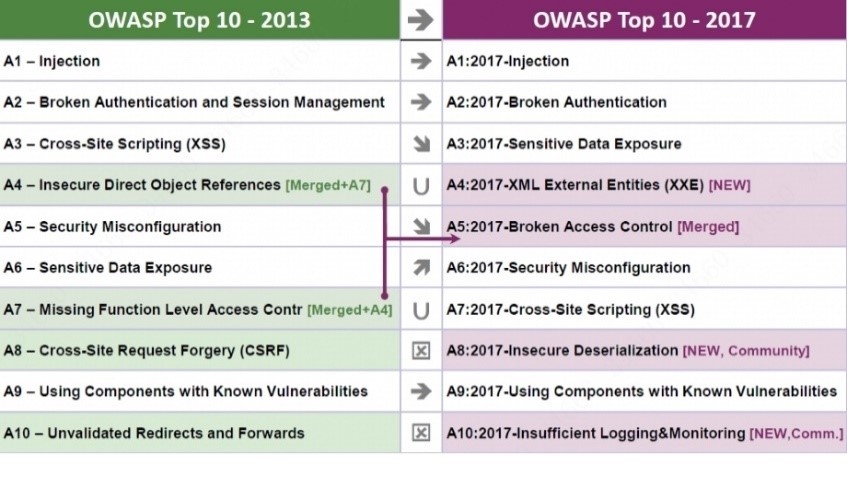 Comparing OWASP Top 10 from 2013 to the 2017 version (latest version), it is surprising that the Top 2 vulnerabilities are persisting. The next 3 are also issues that point to lack of security coding practices and automated security testing.Source: OWASP Top 10 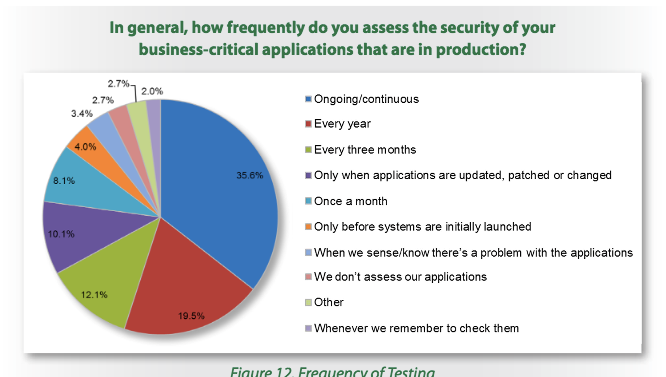 With so much data available on the vulnerable areas and business impacts, are companies doing more frequent security testing for their apps? Apparently not.Source: https://www.sans.org/reading-room/whitepapers/analyst/survey-application-security-programs-practices-34765

DevSecOps is not a new concept, but for companies that have started or just starting with DevOps initiatives, it makes good sense to include Security testing within their build and test pipelines from the start.

With Dev teams using open-source and proprietary libraries, cloud, micro-services, containers etc. joining the product technology landscape, each of these components bring along their own set of security challenges into the overall product architecture.

How can Engineering teams start with integrating security tests within DevOps?

Teams can start using the 3 layers of application security integration in the Development process:

It all starts with the code - Unsafe coding practices can result in vulnerabilities in application software that can be difficult to detect and expensive to fix later in the lifecycle. OWASP, SEI, NIST and several other Standards organizations and private companies publish secure coding guidelines covering all major programming languages.

These practices cover all development areas, for example:

Integrated Development Environments (IDEs) are used by almost every developer, so plug-ins have been developed for these IDEs that can assist Developers in identifying and fixing errors when writing source code. Some of these tools include SecureAssist, GreenLight, ASIDE, FxCop, FindBugs.

There are multiple tools available that can automate static code analysis rules during the build process and prevent developer branch from merging with the baseline repository. Some of the validations that can be performed at this stage include:

Some common SAST tools that integrate with CI Pipelines are:

As the name implies, DAST tools find security issues when the application interacts with other system components like web services, DB and third-party components. In short, these tools run checks that simulate an external attacker trying to gain entry through the application.

Due to the dynamic nature of the applications, DAST tools are not 100% effective in uncovering security issues, but they can provide a very effective line of defense. Most common vulnerabilities have already been identified and included in these tools, so only very smart hackers can find issues after these tests are run.

Some of the core validations that DAST tools can perform include:

Common DAST Tools that integrate within the CI-CD Pipeline include

We can construct a pipeline integrating these tools as shown below:

Note: The Tools shown are for illustration only – the actual toolset will depend on your environments, platforms, budget, Risk profile etc.

Key Point: To increase the security Test footprint, you may have to write custom tests (using selenium or similar tools). These could cover areas such as:

Key Point: The results generated by all of the tools are NOT uniform, with the result that you may have to review multiple reports, logs etc to get an overall picture. For example, Jenkins can call HP Fortify, but the tool results are not reported back to Jenkins.

How can Qentelli help:

Qentelli works with some of the world’s largest companies to implement Automation across the lifecycle and has pioneered use of DevSecOps in these Engagements. Qentelli also has a custom-built Engineering Dashboard, TED, that can pull results from any software product which exposes such data through an API.

TED can be used to review metrics from the entire DevSecOps toolchain to get a complete view of functional and non-functional test results.

To learn and explore more in detail about Qentelli’s AI-driven automated testing solutions and DevSecOps implementations, please write to us at info@qentelli.com.