A Guide To Release Management 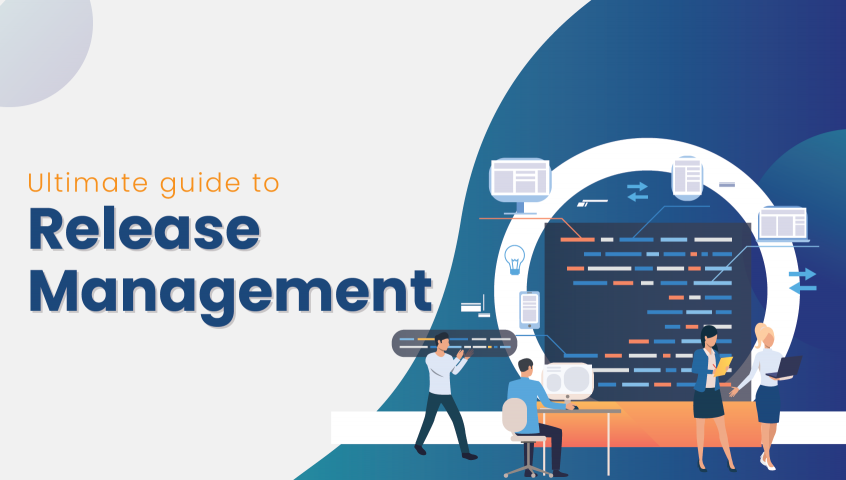 Software development is an iterative process. In an all-growing software-enabled organization, strategic changes, innovative executions, and new deployments are certain. Every technological advancement allows the company to push its limits and deliver excellence. However, implementing these myriad changes, in a dynamic environment, is a mammoth task and calls for specialization. This is where Release Management becomes operational.

A successful software release is pivotal in deciding a company’s position in the market. In the highly competitive domain, an erroneous software release can cause an irreparable dent in the company’s standing among the competitors. Even a single glitch can cost a lot. Given the sensitivity of the process, IT companies rely on a dedicated team to manage and oversee the software release process. An adept Release Management team is vital for the smooth execution of software releases.

What Is Release Management?

Before we deep dive into the process of Release Management, let’s quickly touch upon – what is software release?

Software Release essentially means handing over the final version of the software to the end-users. The process involves understanding the business requirements, curating enhancements, and removing the bugs. Once the software is modified according to the user requirements, it goes through various stages of deployments and testing, before being delivered to the end-user.

Software development is an iterative cycle of coding and testing that includes a gamut of activities. The process is a combination of complex and intricating elements that need to be watched carefully by a dedicated team. 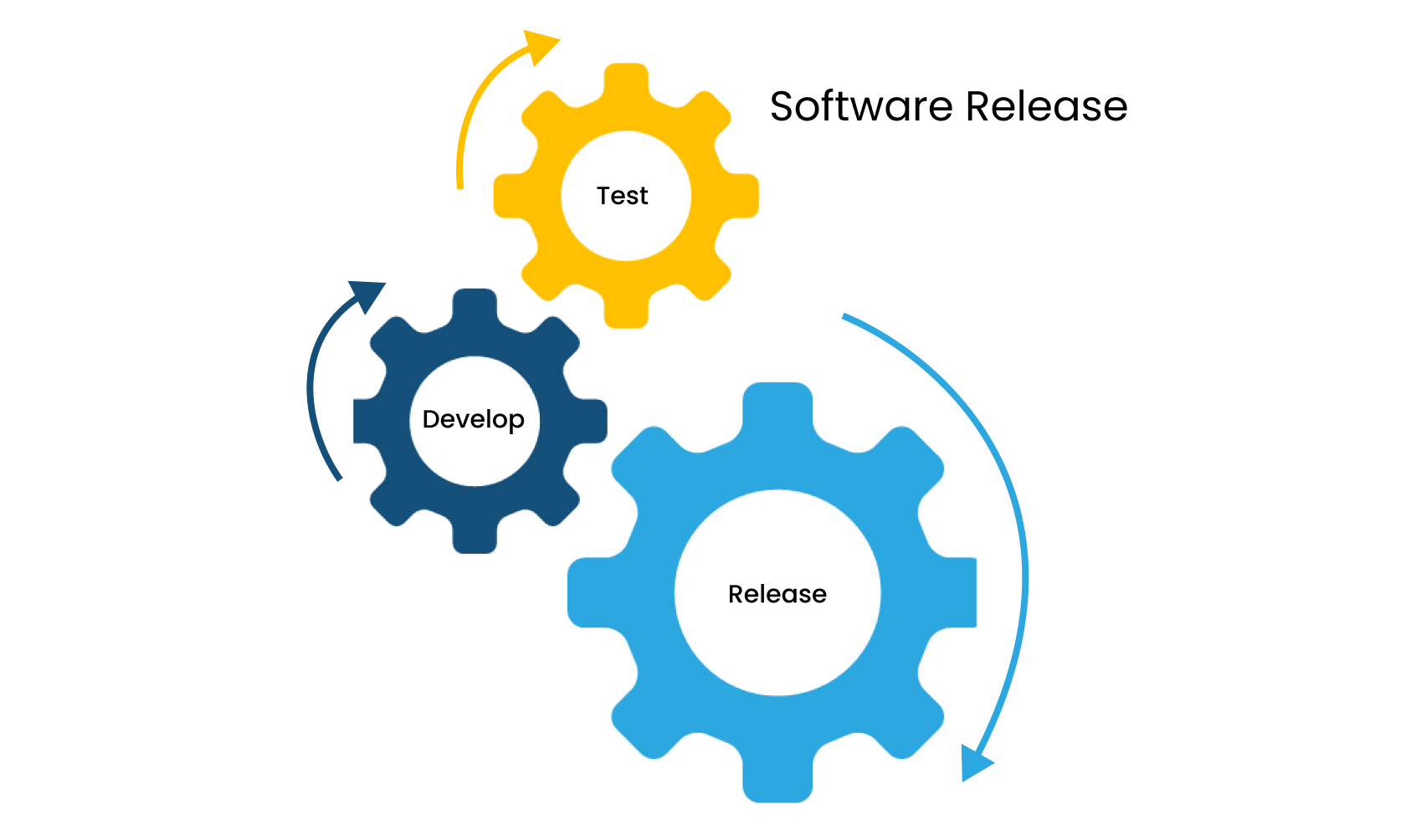 Coming Back To Release Management

The world of software engineering is evolving at the speed of light. It’s volatile and doesn’t allow new changes to stay significant for long. Amid the dynamic scenario, it’s important to keep upgrading the software and eliminate bugs, to stay relevant in the business.

The Stages Of Release Management 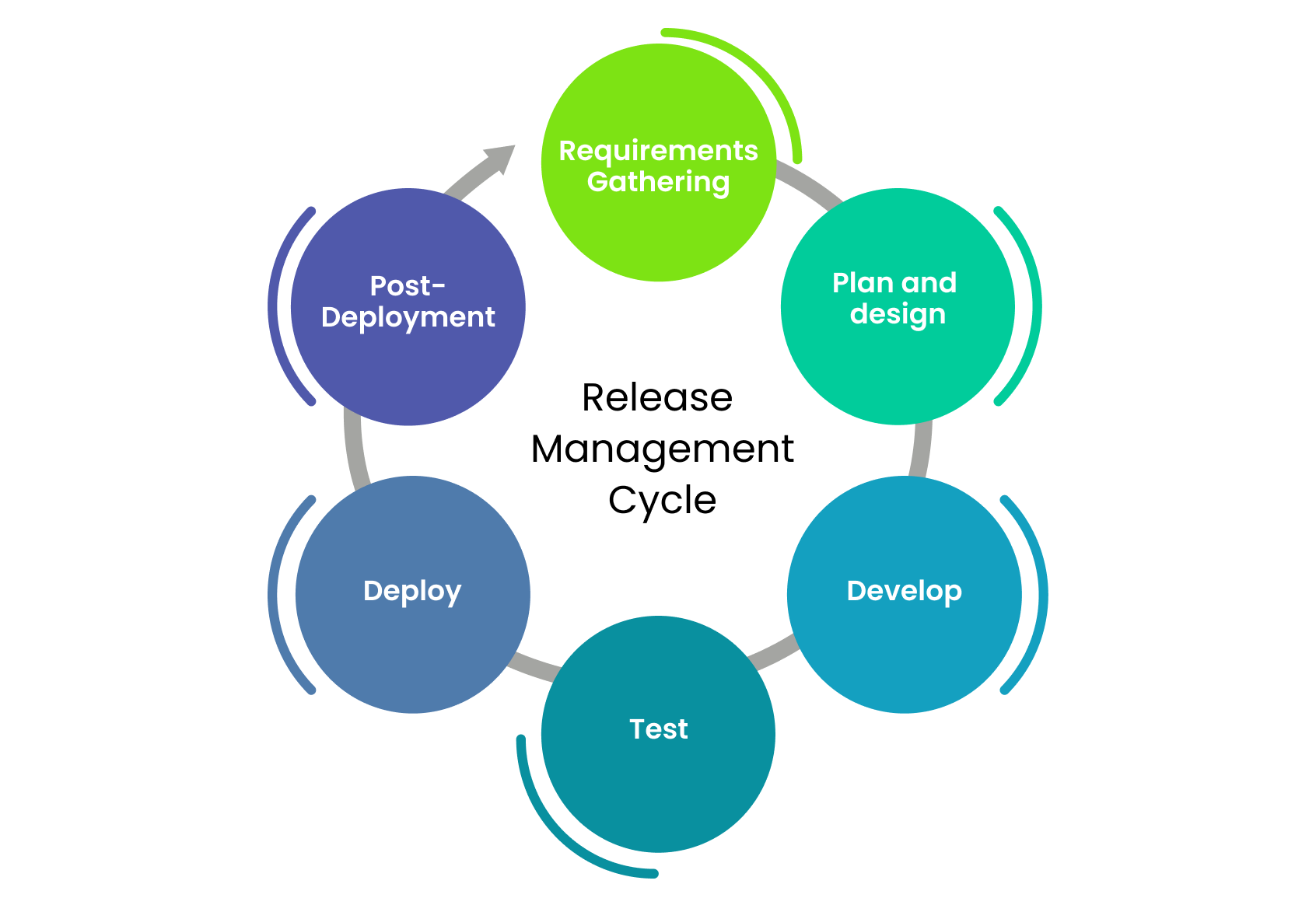 Requirements Gathering: The Release Management team comes into action when there is a requirement for new features or alterations in the existing functionality. Based on the needs, a prerequisite is prepared that will decide how the new software or updates will be implemented. Not all the proposed changes need to be certainly translated into actions. Only the changes, that the company has approved, will be executed.

Plan And Design: This is the stage where a clear structure of the software is designed. A blueprint will not only show how the features will be developed but will also define the timeline for each feature. A well-thought-out plan will prevent costly delays and keep in check all the requirements.

A good plan should mention scope, milestones, and responsibilities clearly without leaving any scope for misunderstanding. The practicality and feasibility of the outline should, also, be methodically examined before being released to all stakeholders.

A plan should contain:

Development: Here the requirements are coded, and plans are realized. This phase gives life to the on-paper diagrams.

Testing: Once the software and upgrades are ready, they are sent to a test environment. Here the Quality Assurance (QA) team subjects them to different kinds of testing – Unit Testing, System Testing, and User Acceptance Testing – to establish the correctness of the developed feature and analyze performance. If bugs or errors are identified, then it’s again sent to the development team.

As noted earlier, the whole process and every stage of Software Release Management are continual. The course of building and testing continues till the time QA managers certify the software as fit for the real-world environment. The task of getting a clear certificate isn’t easy. The Release Management team is expected to collect a huge amount of data from different departments and appraise the development team of the bugs. In few cases, software developers are often asked to redesign the entire build for greater integrity.

Once the software passes the testing exam, it is considered final for the official launch.

Deployment: It’s the D-day. During this stage, the software goes LIVE and gets officially launched. It’s deployed in a real-world environment and is released for all the stakeholders to use and evaluate.

This stage is influential over the company’s strategies and next move. It shows where the company stands and whether teams’ efforts were made in the right direction.

The deployment phase also includes the process of notifying and educating users about the new changes and features.

Post-deployment: This is the time when the development and release management teams meet and assess the reaction. The team thoroughly discusses feedback and check how the deployment went. During the assessment, if any bug or a need for a new feature is identified then, again, a requirement is raised and hence the cycle of Release Management starts all over again. In the end, software development is an ever-evolving phenomenon, and Release Management oversees this constantly changing process.

Change And Release Management... And Their Integrative Chemistry 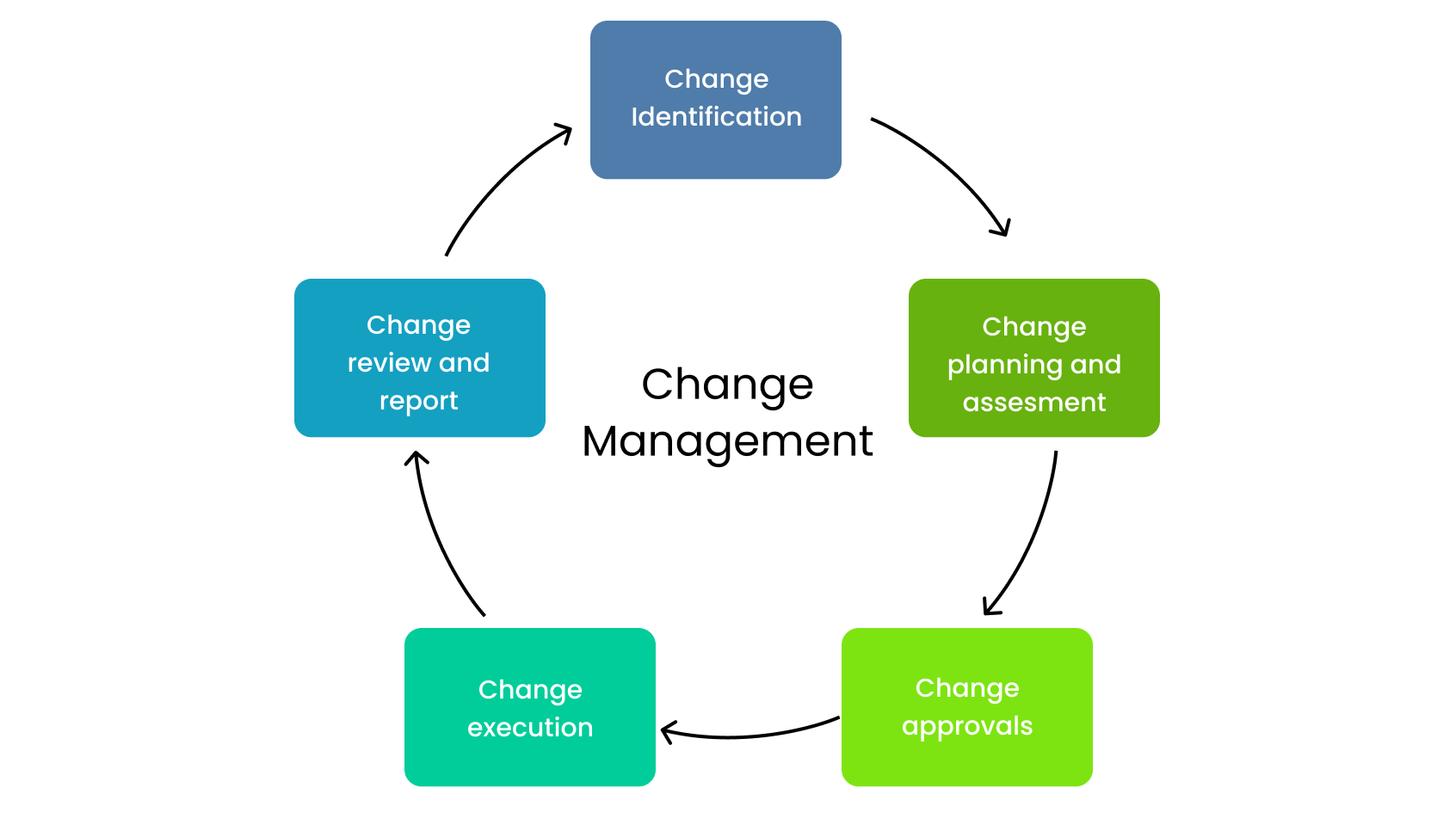 The saying ‘change is the only constant’ exists in its true form in the Information Technology world. Changes are inevitable here, and so is the need for Change Management. To efficiently manage transformations, organizations depend upon Change and Release Management systems. These systems are distinct yet interrelated functions within an organization.

Change Management is the systematic approach to controlling the lifecycle of all the introduced changes.  It adopts various methodologies to efficiently handle the changes in an organization's goals, structure, and technologies.

An organization should consider embracing a standardized Change Management system to maintain uniformity and minimize disorders in IT operations.

For Continuous Integration and Continuous Development (CI-CD) of complex IT operations, both Change and Release Management systems need to be in sync and well-tuned.

Key Roles Of A Release Manager

Release Management is relatively a newer discipline in software development. But due to its sheer significance and specialization, it’s rapidly gaining popularity.

Release Managers plan projects and schedule smooth delivery of software. Their role is paramount, and over time, they have become an integral part of your value stream.

Here are the key roles and responsibilities of a Release Manager: 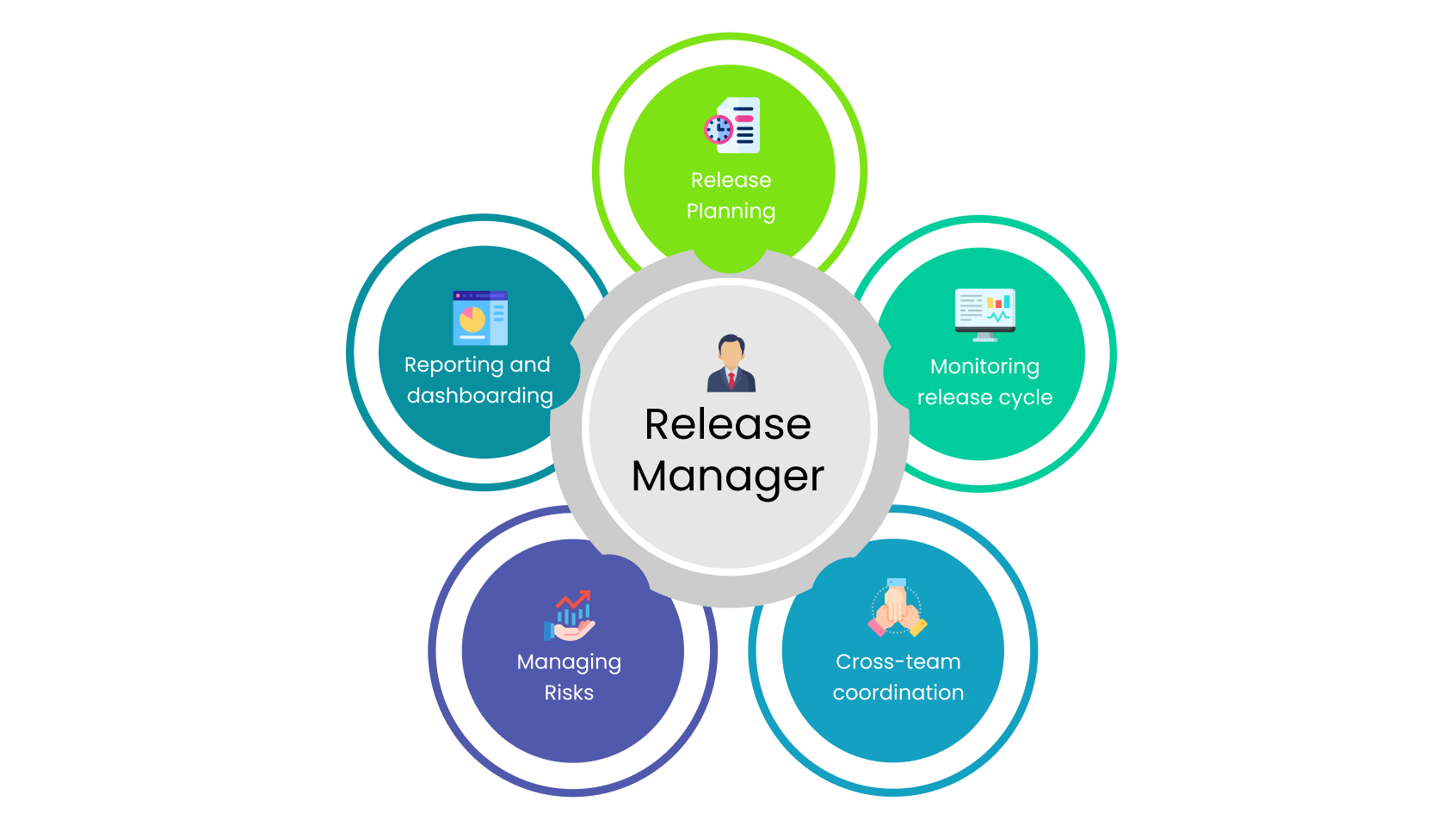 Release Management is an integral part of the ever-changing world of Information Technology. Release Management is required to implement changes that emerge from the evolving business needs and obligations. It ensures excellent delivery of a project and provides a seamless experience for the end-user.

In IT businesses, a successful Release of Software means everything. Ultimately, it is the gateway through which the company's product reaches its end users. So, a blotchy release with bugs and crashes is the last thing that an organization needs.

A blunder in software release will not only turn away potential customers but will also fail existing ones. And not to mention the toll it's going to take on the profits and revenues. To avert slip-ups, organizations heavily count on the Release Management team. The team ensures the integrity of a live environment and the accuracy of the released components. Establishing a Release Management process helps the organization track the deployment schedule and streamline releases within the prescribed time.

Qentelli has enabled CI-CD for many global organizations to add agility to their software releases. If you need expert advice on how to practice Release Management effectively, feel free to drop us an email – info@qentelli.com