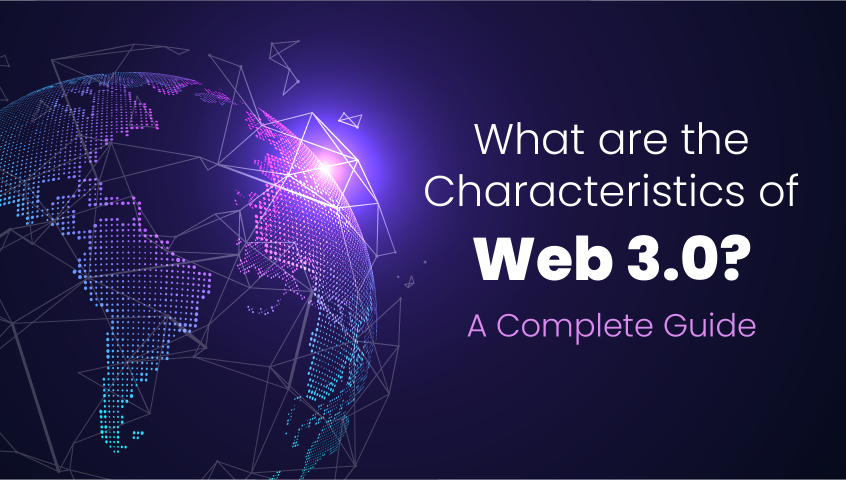 Anything that was once revered ground shattering, turns obsolete in the tech world. That’s the nature of the industry and the cycle of technology. WWW is no different. It was a revolutionary technology that changed the way people communicate and do business. From the late 1980s to the early 2000s to today, we have seen the web evolve from a static document to a rich interactive experience. The internet has transformed the way we communicate and how businesses interact with each other. With the proliferation of mobile devices and the rise of social media, the web is even more useful than ever before.

After using web technology for decades, we are now entering the next phase of the evolution of the internet. We are moving into a world of the Internet of Things, decentralized networks, and other intelligent and interactive forms of technology. Web 3.0 is going to be the network of user empowerment, openness, and privacy. It will unleash a new paradigm of technology that will revolutionize the way we communicate, share information, and interact with one another.

Web 3.0 is still pretty new, and its characteristics will get clearer with its evolution. While Web3 is still in the development stage, there are specific characteristics that will certainly make it the future of internet. The following are some of the established characteristics of Web3:

Web 3.0 will make the internet accessible from anywhere, anytime, and any place

The Web2 that we use nowadays is highly centralized and doesn't give the users absolute ownership over the content created and posted by them. The ultimate ownership and data lie in the hands of big corporates, and conglomerates. Experts believe Web3 will be fairer to the users and help them build a strong online identity. The newer version of the internet will improve connectivity, provide an immersive experience, and allow users to have greater control over every aspect of their digital space.

The update is expected to bring a broader paradigm shift that will fundamentally alter the ways in which people interact with the internet and, more importantly, with one another. In Web 3.0, information will become open, decentralized, and secure. It will have a profound impact on the way we live, work, and play. This new iteration of the internet will also usher in a new era of smarter applications that can learn and evolve over time.

The blockchain-based framework will enable users to interact with online services and own, control, and monetize their content. These services, unlike Web2, will be owned and governed by peer-to-peer networks.

However, decentralized and open internet still looks like a long way to go. Experts suggest that the internet can't be completely decentralized as long as internet providers are under the government or other powerful players like financial institutes and telecoms. Censoring content or monitoring its use is still a click away. The hopes, however, are from some blockchain-based protocols that could be built into the internet to protect users' privacy and allow them to take control of their data. These protocols would disseminate the data storage and calculations needed for web pages away from centralized sources and into users' devices.